with the quality wines of Edoardo Miroglio produced in Elenovo, Bulgaria

we are glad to share with you an excerpt of an article which favors Edoardo Miroglio winery on the UK market. It's written by Fiona Beckett from the Guardian newspaper. We provide you with the original excerpt:

Bulgarian wine has been in the doldrums since its 1970s heyday, but its new wave winemakers are looking to put the country back on the map. Those of a certain age will remember the glory days of Bulgarian wine back in the 1970s, when it used to be practically everyone's basic red. The cabernets could even pass muster for bordeaux; or at least we kidded ourselves they could. So why do you rarely see them now?

Long story, but basically the likes of Australia and Chile muscled in on Bulgaria's territory, while its Russian market dried up. Many producers abandoned their vineyards , and few wanted to invest there. So seldom do Bulgarian wines cross my radar these days that I probably wouldn't have given the matter much thought had I not stumbled across one of the best-value sparkling wines I've drunk in an age – Edoardo Miroglio's Brut Zero – at the excellent Peckham Bazaar in south London just after Christmas.

Co-owner Donald Edwards put me in touch with his supplier, Bulgarian specialist Theatre of Wine, so I headed over to Greenwich to try some of their 20-odd other wines that recently featured in a sellout tasting They Came From Outer Thrace (love a wine merchant with a sense of humour).

In addition to the Brut Zero, which they stock for £16 (also available from Swig at £14.95; 12% abv), I'd recommend Miroglio's 2010 Soli Red (£9.30; 13.5% abv), a fresh-tasting, bordeaux-like blend of cabernet sauvignon, cabernet franc and the local melnik as reintroductions to what the country has to offer. 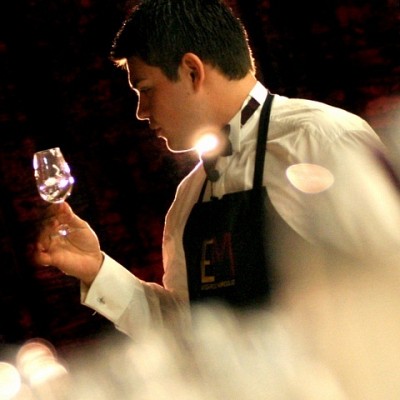 « back to the archive

Colour:
Delicate and sparkling, with greenish and golden nuances

The new aromatic coolness for the summer